The riparian habitat that borders the Gila River as it flows across the U Bar Ranch in southwestern New Mexico may be the healthiest in North America. Its qualifications for that distinction certainly are impressive. According to Scott Stoleson, Ph.D., Research Wildlife Biologist for the Rocky Mountain Research Station in Albuquerque, the mature, diverse forests and lush grasslands that grow along the Gila within the U Bar support the highest density of songbird territories in North America—an average of 1,300 per 100 acres. The next most dense known site supports 1,100. On the U Bar stretch of the Gila 99% of the fish are native species and only 1% non-native. The average for other streams in the Southwest is closer to the reverse of that.

Within the U Bar’s riparian habitat you will find the largest known population of at least three threatened and/or endangered species. The U Bar is home to between 30 and 40% of the entire known population of endangered southwestern willow flycatchers. It also supports the largest populations of two threatened fishes, the loach minnow and the spikedace, which are listed by The Nature Conservancy as among the 500 most endangered species in the U. S. Another listed species doing well on the U Bar is the Gila Chub. Other species, some rare and some not so rare, enjoying success on the U Bar include the common blackhawk, Aberts towhee, Bell’s vireo, Gila woodpecker, desert sucker and Sonoran sucker.

David Ogilvie, who manages the U Bar, leases the ranch from the giant copper mining corporation Phelps Dodge. Ogilvie points out that, in spite of the U Bar’s success, it is still widely believed that cattle grazing is anathema to most of the rare creatures that do so well within the ranch’s environs. In fact cattle grazing was blamed for making most of them rare. For that reason, many who are concerned about the future of the southwestern willow flycatcher, the loach minnow and the spikedace assume that the only way these species can avoid extinction and begin to recover is if cattle grazing is removed from all habitat that might serve to host their recovery.

In 1994, when the southwestern willow flycatcher was listed as endangered, and the call went out to remove cattle from all land that qualified as prospective habitat for the birds, Ogilvie wondered if some of the birds he saw flitting through the trees alongside some old dirt irrigation ditches he had recently rewatered were that kind of flycatcher. If they were, he knew he could be forced to stop grazing some of the most productive land on the ranch.

On Ogilvie’s advice Phelps Dodge hired a biologist to do a bird survey. (PD has been supportive of this effort at every step, says Ogilvie.) The biologist found that, not only did the U Bar support a population of southwestern willow flycatchers, it was home to the largest population yet discovered—64 pairs. The next most populous site, the Kern River in California, supported 38.

When the southwestern willow flycatcher was listed as endangered, it was believed that the birds preferred dense thickets of willows in relatively undisturbed areas as habitat. Eventually, it was determined that there are two races of this species in theSouthwest; the Rocky Mountain race, which prefers dense thickets, and the Southwestern race, which prefers mature stands of cottonwoods and boxelders scattered across broad flood plains. This is exactly the kind of habitat that Ogilvie’s management has created and sustained on the U Bar.

The existence of the U Bar’s superlative habitat dates back to a management move Ogilvie made in 1994. At that time he started water flowing again through a system of dirt irrigation ditches constructed by previous owners of several small ranches that were consolidated to create the U Bar. As water flowed through the ditches, they leaked, as all dirt ditches do, and groves of dying trees along their banks began to revive. The trees had been enabled to reach maturity because they were protected from wildfire by the cattle who ate the grasses that might carry a fire to them, and they were protected from being uprooted by floods by the earthen levees maintained by the ranches. Now, once again nourished by water from the ditches, they grew, and the birds came.

Nurtured in this ideal habitat, the U Bar’s southwestern willow flycatchers are the most prolific naturally (i. e. not protected by predator control) of any population known. As Ogilvie rewatered more ditches in 1995 and 96, the count of rare flycatchers soared. After reaching a high of 200 pairs in 1999, a severe drought was accompanied by a drop to 130 pairs in 2,000. The birds that managed to persist on the U Bar, however, proved to be hard workers. “Nest success was the highest ever that year,” declared Stoleson. “67% of nests fledged at least one young. That’s the highest rate ever recorded on a site where there is no predator control.”

The endangered species that are doing so well on the U Bar have endorsed David Ogilvie’s management in the most significant way they can—by taking up residence and proliferating on the land he ranches. In spite of that, groups that purport to be advocates for those species ignore the testimony of the very creatures they claim to protect and continue to call for the removal of ranching from prospective habitat. In the case of David Ogilvie and his management, the results of such a move seem ominous. A survey of the U Bar area in 1971 before Ogilvie began managing the ranch found no southwestern willow flycatchers. 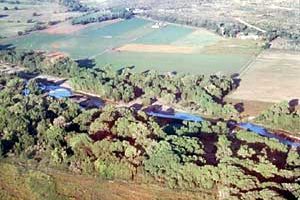 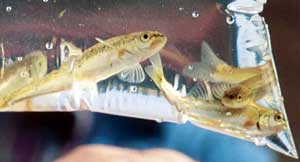 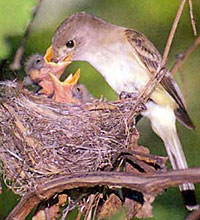 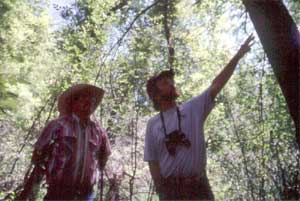 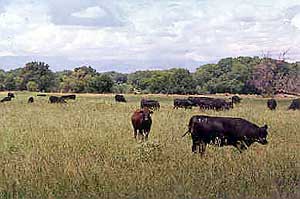